The RoboRangers had the opportunity to present back to their mentors at the Houston Department of Health and Human Services – Bureau of Consumer Health.  We brought the competition table and their robot so that they could show Carolyn, Larry, and the other sanitarians how the Food Factor field missions incorporate all the topics of food safety that they have discussed with them.  They went through each robot mission and how it relates to a real world problem.  They also showed them some of their programming and talked to them about the mechanical design of their robot.  They gave their project demonstration and shared their research, much of which incorporated the information gained from their mock inspection of Memorial Hermann hospitals kitchens and the presentation given to the team by Carolyn over the summer.  The team also presented plaques and custom Lego mini-figures to them as a thank you for their continued support of the RoboRangers. 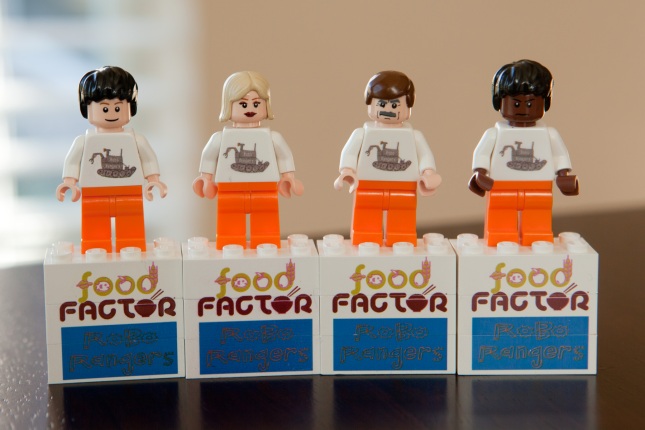 Engraved names on back

Duncan, one of the “Brick Breakers”, a Jr. FLL team consisting of 2 siblings of the RoboRangers (future RoboRangers?) and 2 other friends, was also able to present his teams’ SNACK ATTACK Lego model and poster.

Thanks again to all the folks at the Bureau of Consumer Health. Here are some highlights of their day.

Going over some of the field missions

Ray explaining to the Director the Pest Removal mission 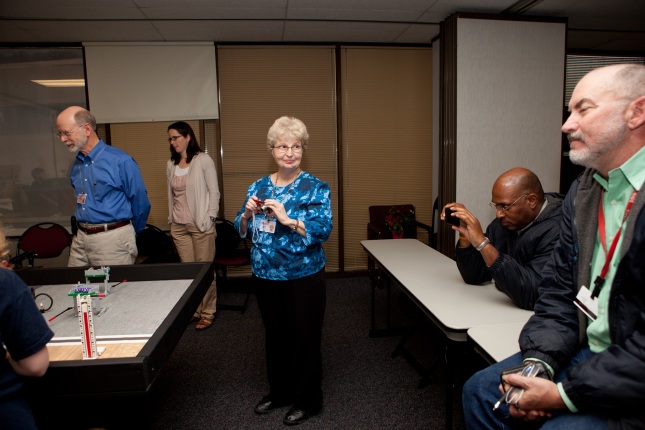 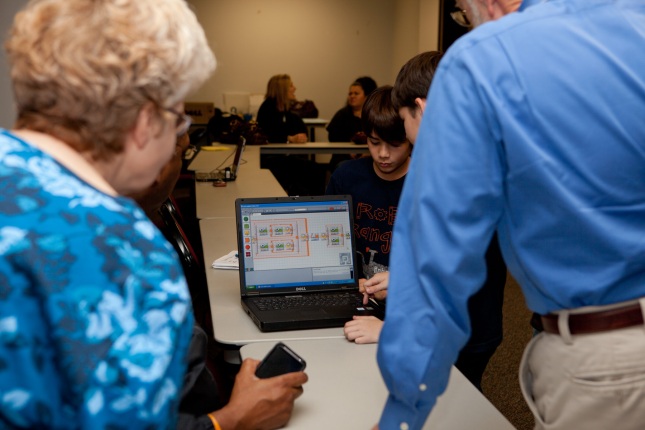 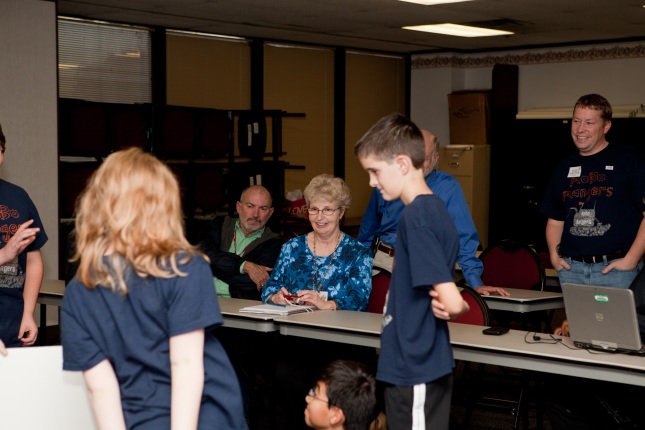 The team talking about their research findings