The RoboRangers have been busy getting ready for the south Texas Championship. They’ve made some additions to their research project and skit, as well as preparing a core values poster and executive summary. The robot handlers have been busy practicing at getting faster achieving their missions. The team has also had fun doing more teamwork challenges. Damian challenged the team to take paint sticks and tape to spell out the word robot.

The team added on to that and spelled “ROBORANGERS”. Awesome.

And to get out all the extra energy on a Friday night, the kids did pushups, even honorary little roboranger Conley. Note Morgan finding her center…doing the “child’s” yoga pose. Namaste Morgan.

After the teamwork challenge, Fiona took over the camera and captured a few gems. 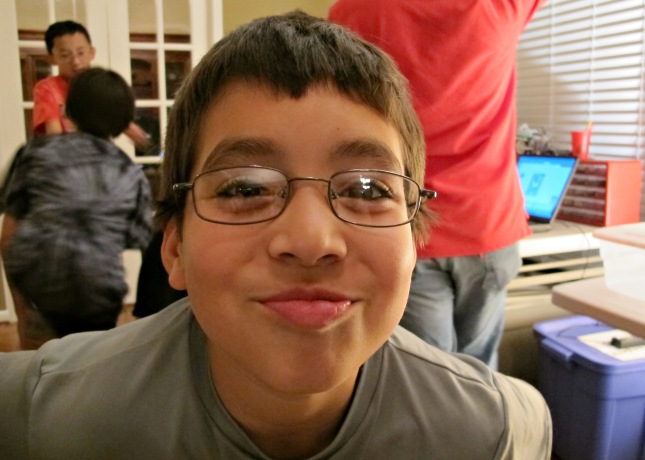 One thought on “Countdown to the Championship”